Singternational
Who we are. Singternational is a cooperation of two Dutch freelance choir organizers: Antje Ehrenburg (living in Haarlem) and Herman Radstake (living in Utrecht). Are you a conductor or choirsinger yourself, and thinking of coming over to The Netherlands with your choir? Want to perform here? Don't know where to go? Please, contact us! You can ask Singternational just for some information or help. You can also ask us to organize your concerts or concert tour in The Netherlands for you, also including accommodation, transport and some touristic trips (if you like). The broad choir singing network of Singternational all over the country will help you to shape an unforgettable choir tour to The Netherlands! 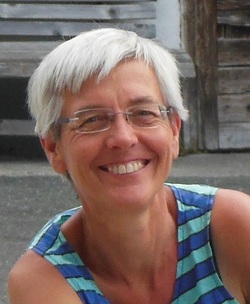 Besides the regular organising in choir boards, she also likes to cooperate in special projects, like choir exchanges WSKOV Wageningen-Stockholm (1984), HCOV Heemstede - Birmingham (UK) (1995-1997), concert tours with Panchanter to Leipzig, Wroclaw and Tallinn (2001, 2006, 2011), the starting of a new project choir in Haarlem (Projectkoor 023, 2006), a concert tour with Projectkoor 023 to Georgia (2010) and a concert tour with Doulce Memoire to Umbria, Italy (2012). In 2013 she was working as producer for the seventh edition of the Internationale Koorbiënnale Haarlem. Since 2013 she is secretary of the foundation Nederlands Koorfestival.

Antje has sung - or is still singing - with the following conductors: Dineke Adema, Ulrike Heider, Ger Vos, Cees Rotteveel, Piet Hulsbos, Ton Braas, Hans van der Toorn, Wim van Herk, Eamonn Dougan, Harry Christophers and Felix van den Hombergh. As choir singer/organizer she has a lot of experience in concert organisation and a broad network all over the Dutch country, from Voerendaal in the south to Vlieland in the north.

Antje is also working as an independant ecologist: ecological monitoring and advice, text editing, and adventurous trips and GPS nature tours in the dunes. 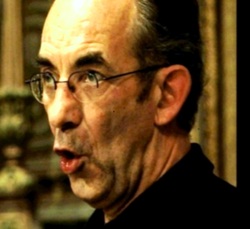 Herman Radstake (1956) has not been singing for 11 years of his life (from 0-7 and from 13-17 years). 'The hobby went a bit out of hand', he says. As with many he too started in Church choirs (soprano in children's choir, bass at an ecumenical youth choir and student choir). In his college days he became acquainted with J.S.Bach in the Utrecht Bach Cantata services in the Geertekerk, then led by Jos van Veldhoven. More or less simultaneously he got to know more modern choral music in the Utrecht student choir Venus, led by Bruno de Greeve and later Daniel Reuss. A short conducting course during the Panfestival few years later led to the (shared) conducting of Duze Nomshikashika, a choir singing South African songs against Apartheid. The choral and conducting experience made a student choir by the name of Treno Allegro interested to have him conducting. That led to a connection of 13 years.
In that period Herman attended the internationally famous Kurt Thomas summer course for amateur conductors for four times (1xB, 3xC). More recent he took part in the Vocal Pop and Jazz Days (VPJD) for several times.
Early 90s followed the membership of the Utrecht based chamberchoir Encore conducted by Ronald Becker, the vocal group Q-kidents and the national project chamberchoir Panchanter led by Wim van Herk. Increasingly being asked for projects he joined among others UVE, Coqu, National Festival Choir (NFK 1988-1991), William Byrd Ensemble, Woerdens chamber choir, Nederlands Bach Ensemble, COV Oud Beijerland, COV Katwijk. Dudok Ensemble, Baarns Cantatekoor, Gouds chamberchoir, 2BPerformed, Cantate Kamerkoor Houten, VTE, Trajecti Voces, Amerconsort and Domcantorij. He is currently a board member of chamberchoir Zestien Wad and member of dubbelkwartet Zangdrang/Sanghdrangh. He occasionally does some conducting. In a number of choirs he was board and/or organizational member, as president or as founder/member of working groups and co-organiser of international concert tours (Panchanter 1996, 2001, 2006) or projects (2BPerformed, Zestien Wad).
Antje Ehrenburg KvK: 52731987 info@antje-ehrenburg.nl +31653361478